Prevent Ice Dams on Your Roof With Proper Roof Ventilation 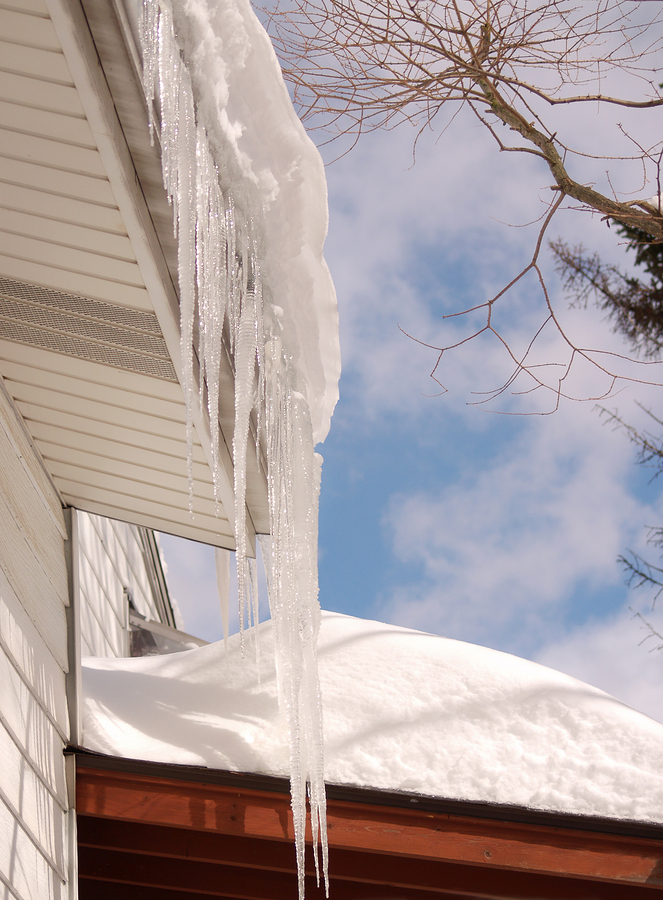 Ice dams – the accumulation of frozen water on the roof of a home or in its gutters – pose a number of potentially serious threats to a home and, more importantly, to its inhabitants. These dams build up for a variety of reasons and, though seemingly harmless in the short run, should not be ignored over the long haul. Here is why:

At their simplest, ice dams are a blockage that prevents water from properly draining off the roof of a home. The blockage usually occurs in the gutter system but can also be found around other penetrations of the roof such as chimneys, flues, and exhaust vents. However, the frozen ice dam is not the problem. The issue develops when the temperature rises and the accumulated ice begins to melt. The melting ice water is not always channeled back off the roof or into the gutters. Instead, it can find its way into the interior of the home causing all sorts of secondary damage.

They allow pests to enter the interior of the home.

As anyone can tell you, water expands when it freezes. The pressure that this process produces is enormous. In fact, it is the main reason why concrete-poured foundations crack. The wood substructure of your home simply cannot withstand this force and will literally come apart at the seams if subjected to it. The result is gaps in the woodwork of your home and a place where insects and larger animals can introduce themselves into the warmth and comfort of your house. Smaller parasites such as mold and fungi are also more than happy to enter your home this way.

They are most definitely life-threatening.

On a more immediate level, ice dams pose a threat to anyone walking underneath them when they start to thaw, loosen themselves, and fall from the structure. This problem is not particularly as severe when a single-story home is involved but it can be life-threatening when ice dams are found on a two-story or taller building. A physicist will tell you that a one-pound ice dam falling from a roof thirty feet high will produce a force sufficient enough to easily knock a person unconscious or even kill them on rare occasions.

Unfortunately, older roofs suffer from a series of deficiencies when it comes to preventing ice dams. In many cases, the air conduits on an older roof can become blocked and thus not allow the proper amount of air to flow through the structure. This lack of airflow then creates “hot spots” that first allow water to accumulate and then later freeze into ice dams at various points on the roof. More recent roof designs, however, overcome this flaw by providing an ample supply of water drainage and air flow. The result is fewer ice dams no matter what the weather. In many cases, it is simply more cost-effective to replace a roof than to deal with the yearly maintenance cost of dealing with ice dams.

As you can see, ice dams are indeed problematic by their very nature. A homeowner really does not know when the blockage will cause a problem so they have to deal with them in a proactive manner. For more detailed information on ice dams and how to prevent them, please contact us at All-Nu Construction. We can be found online at All-NuConstruction.com or reached directly at 419.242.5568.